Surveillance Software At Your Workplace

Productivity management software: a tool to increase productivity or to impose fear…

Covid-19 changed the way we live and even how we work, to the point that the way we relate to the company for which we work may not be the same again.

According to a survey by Global Workplace Analytics, 77% of workers want to continue to work from home once the pandemic is over. But there is a fear. The one that companies and their management have expressed over the fact that they could end up sending all their employees to work from home and they might just end up watching any TV streaming service, playing video games, not getting dressed for work and still get paid.

To minimize that fear and ensure that their employees are being productive and, most important, to ensure that their money is not being wasted, employers are turning to a tool that, on the other hand, is generating fear among employees: productivity management software or surveillance software.

It may sound like something new in the business world, but the truth is that companies have been using this type of tool as a way to measure and understand what employees do when they’re paying them to be at work. So the idea of being tracked at work isn’t anything new. For many years now, companies have been using surveillance cameras not only for a security issue, but also to monitor what their employees do during their time in the office.

In an interview with CNBC, Kate Lister, President of Global Workplace Analytics, explained that,

we sign off a lot of our rights when we go to work for someone. It’s in that big pile of papers that you get on your first day”, says and adds that “in many ways, surveillance work goes back as far as work does. Employers have an interest in trying to understand what people are doing when they’re paying them to be at work.

Those tools that we mentioned in the latter paragraph add-up to new surveillance equipment, such as biometric scanners, that are being introduced by companies to verify the time that an employee has been in an office. While we were at an office perhaps we took them for granted. The problem is that now they’re reaching into our homes.

Hubstaff, InterGuard, Prodoscore, Slack, Teramind, Time Doctor, Transparent Business, VeriClock and many others are some of the names of these surveillance softwares that have experienced an uptick in interest from prospective customers since Covid19.

But, how do they work?

Sam Naficy, CEO of Prodoscore, explained to CNBC that their software “tracks worker activity and then provides managers with a score on a productivity scale” and adds that “every morning that you come to your desk you have an email from us with your productivity score and your proto score of the first line of the email. Your protoscore for yesterday was 74. Your colleagues were 90. They’ve done more. And it’s a tool that you could gauge yourself against your peers“.

On the other hand we have companies like Transparent Business which doesn’t track anything until workers manually clock in. But it records those exact times and uploads a stream of desktop screenshots to your manager when you are clocked in. Afterwards, the employee has the ability to delete those screenshots. The company assures that this results in the worker having more privacy.

There’s software like Slack, which can take on a panopticon [a circular prison] effect. This tool has a dot which turns green when you’re using your computer or laptop and red when you’re not. This creates a psychological effect because you’ll never know if you’re being seen by your boss or not. This makes people feel the need to always be present.

While this could have company leaders, CEOs and managers happy because results could show their getting productivity from employees while they’re remote, the truth is that, according to Jamie Woodcock, Senior Lecturer, People and Organizations at The Open University,

According to Stacy Hawkins, a Professor of Law at Rutgers Law School, data generally shows that employees are actually more productive when they work from home because they usually start earlier and they work later with fewer interruptions than they do in the office.

Woodcock thinks and even recommends that company leaders should sit down and talk to their employees to give them trust. For him, this kind of engagement is what makes everybody’s experience of work better.

It’s a matter of consent. People don’t want to be monitored all the time, they don’t want a micromanager supervising their work because this causes stress.

The truth is, that during the lockdown, people have shown more signs of productivity.

Is it because they have less distractions, even though they’re at home and it could be the opposite?

...Is it because they know they are being monitored by surveillance software?

According to a study by the National Bureau of Economic Research, carried out in 16 large metropolitan areas in North America, Europe and the Middle East, there were increases in the number of meetings per person (+12.9 percent) and the number of attendees per meeting (+13.5 percent), but decreases in the average length of meetings (-20.1 percent) compared to pre-pandemic levels. Collectively, the net effect is that people spent less time in meetings per day (-11.5 percent) in the post-lockdown period.

The study also found significant and durable increases in length of the average workday (+8.2 percent, or +48.5 minutes), along with short-term increases in email activity.

So, if we consider those numbers from the National Bureau of Economic Research as a proof that on average people are more productive when they work from home, is it necessary to use these surveillance softwares?

Hawkins explains that these tools are necessary because they can evaluate employees individually. That way you get to know who is and who isn’t productive, “that’s the justification for tracking them”, she says.

Lister sees it in another way. She thinks that if it is used for big data, to see things in general, such as where people are spending more time, it is justified. But, if it is used for individual data, the message you might be sending to your employees is that you don’t trust them.

But, legally, where are we standing?

Even though surveillance isn’t anything new, this type of surveillance is. Law needs to catch-up on this subject, because it doesn’t quite protect the employee as it should. Stacy Hawkins assures that “it is probably true that we need to be advocating for greater legal protections and greater restrictions on what employers reasonably can and cannot do”.

In order to create trust between employer and employees and to keep their morale high, it is necessary that the latter get informed about what is happening and how things are being handled. Nevertheless, companies are not required to do so legally.

Another alternative to maintain confidence in the employees so they don’t feel in a panopticon, and for the employer to not need to constantly track its workforce, is to document metrics and objectives fostering open communication and emphasizing results. Companies like GitLab, an open core company which develops software, is already doing this.

“The key here is don’t just look at how often someone is sitting in front of their keyboard or in front of their desk. That was never a great way to measure productivity, even in the office. Fundamentally we believe that you should measure results not our spend”, explained to CNBC Darren Murph, Head of Remote for GitLab.

We have milestones, we have due dates, we have reminders, but it’s on each individual and team and leader to use these functions to keep us all on track. At the core of it humans are not robots. We are empathetic beings and especially in a remote setting a fabric of that, the culture of that is really important for morale to stay high and for people to feel like they’re connected as a team and not just another cog in the wheel.

In this Covid-19 pandemic and lockout times we are living, and the fact that so many companies have had to send their employees to work from home, it is a moment for employers to ask themselves if productivity is what drives them or, on the contrary, is this an opportunity to reshape work and ask ourselves who will it benefit the most.

Will it be the people and the new ways they are doing their jobs?

Or will it benefit the employer who, thanks to these new methods and tools, will get most out of their employees and make them even more productive?

But the most important question that CEOs and managers will have to ask themselves is, will the people want to work for a company that imposes this method of supervision? 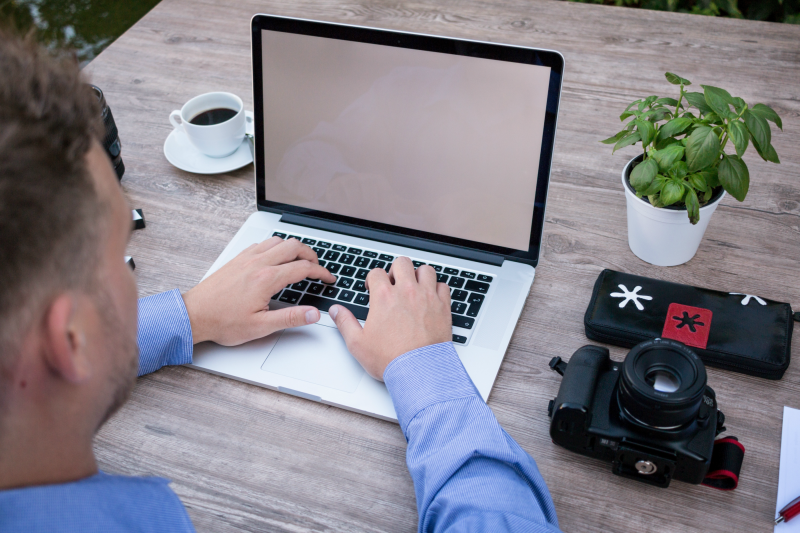 There is a lot of software and platform options available for companies everywhere, ranging from niche departments to a “one stop shop” for the whole company. You have solutions that are specific for particular problems, Read more… 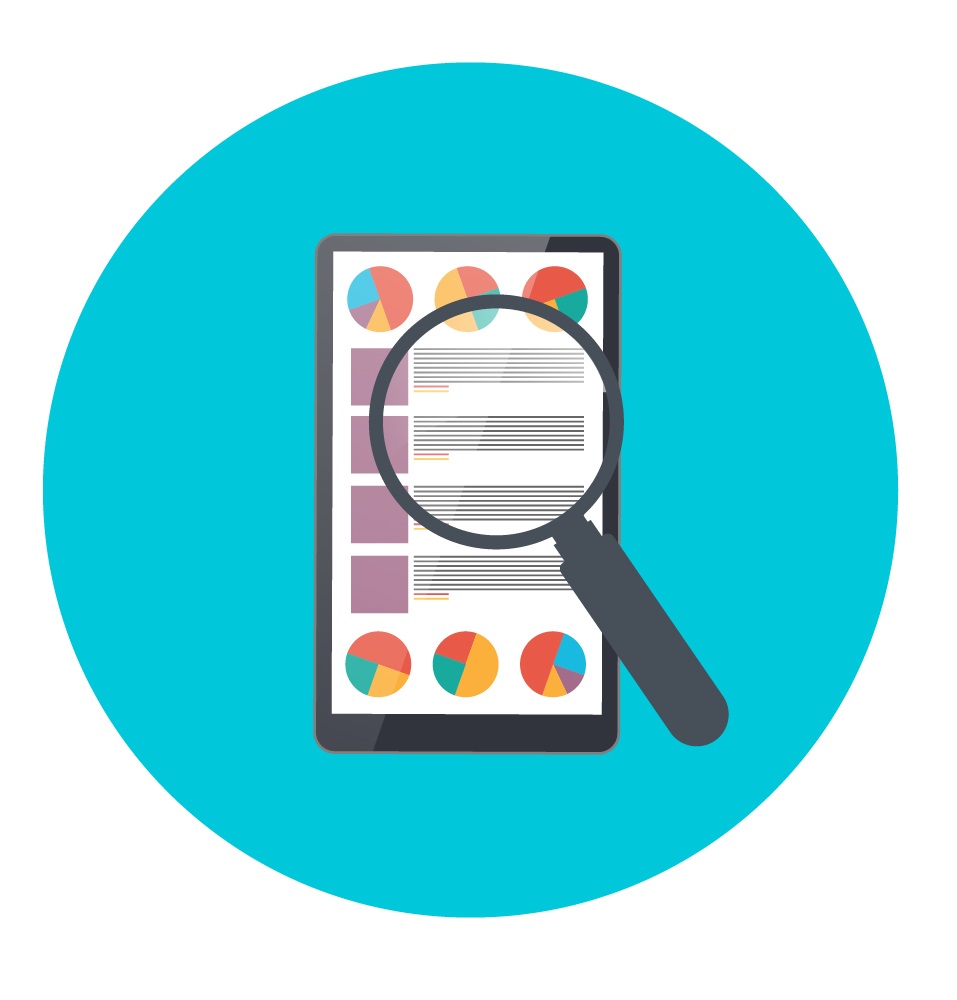 Why You Need A Global HR Tech Strategy

Human resource management technologies have exploded over the past few years and show no signs of slowing down.  The demand for automation and tools to help HR teams enhance productivity is driving astronomical investment in Read more…